If you’re dealing with financial tables full of columns of numbers you will know how hard it is to get the numbers to align as needed in InDesign.

Numbers in columns need to be centered. But not really centered. They need to look centered, but perhaps the decimal points need to align. Or maybe the entire column should be centered on the longest number in the column and then all other numbers should be right-aligned to that longest number?

Are you tired of fiddling with InDesign’s limited choices to fix number alignment in table columns? (Basically your options are limited to plain center, or you can fiddle around with a decimal-alignment in the tabs panel. Neither are much good or much fun!)

Sound familiar? Then Center Table Columns is the solution for you!

An easy-to-use interface makes this InDesign script the best way to work with financial or numeric data in tables. Use it to easily:

Center Table Columns is very easy to use. Just select one or more columns (or parts of a column) in a table and run the script. Play around with the options until you are happy with the results. 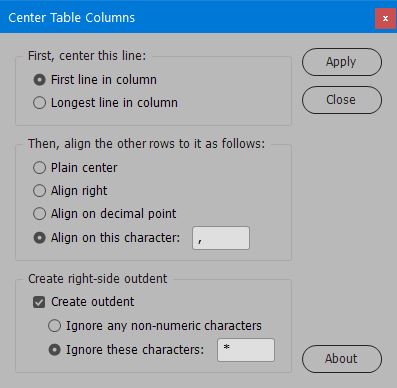 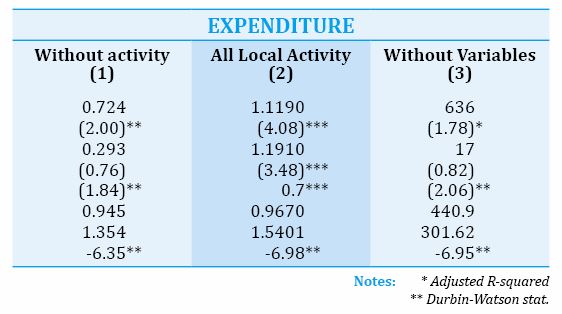 See It in Action!

You can download a trial version of Center Table Columns to try it out.

The demo version is fully functional, but works with 1-page InDesign documents only.

To purchase the full version of Center Table Columns for only $49, click the “Buy Now” button. Your product and serial numbers will be available for instant download when you complete the purchase.

If you are not satisfied with Center Table Columns for any reason, simply let us know within 30 days of purchase for a full refund.

“With 'Center Table Columns' you'll be producing financial reports in half the time!”